Scientists said that “zeptosecond” is the smallest amount of time. The new unit represents one trillionth of a billionth of a second (10 to the -21st power), which is smaller than a millisecond. 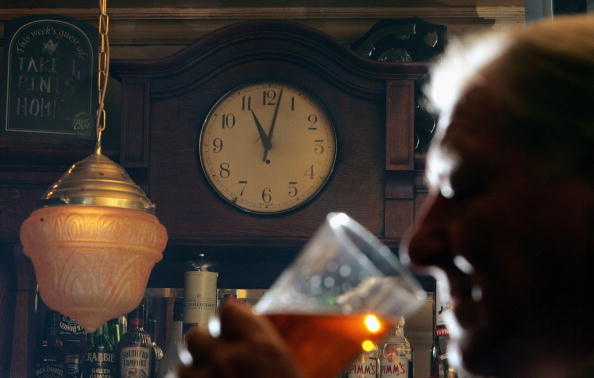 (Photo : Photo illustration by Matt Cardy/Getty Images)
In this photo-illustration A man drinks, as the pub clock passes 11pm signalling ‘time at the bar’, in a traditional public house, the Star Inn on November 22, 2005 in Bath, England. From 00.00hours November 24, 2005 pubs and clubs will be able to take advantage of flexible licensing hours which in some cases will mean opening hours around the clock. Opponents of the legislation believe this will lead to more drunken behaviour, and alchohol related crime and disorder.

After discovering the smallest amount of time, several physicists from Goethe University Frankfurt used zeptosecond to measure how long it takes for a photon to cross a hydrogen molecule. According to the Independent UK‘s latest report, the experiment showed that the particle’s travel time takes approximately 247 zeptoseconds.

NBC News previously reported that scientists from DESY and the Fritz Haber Institute of the Max Planck Society in Berlin participated in the study, which was published in the Journal Science on Oct. 16.

To achieve the amazing scientific feat, the researchers used the Petra III laser, the most powerful light source of its kind. The laser was used to develop the X-rays, which were set so that only one photon was needed to send both electrons out of the hydrogen particle. 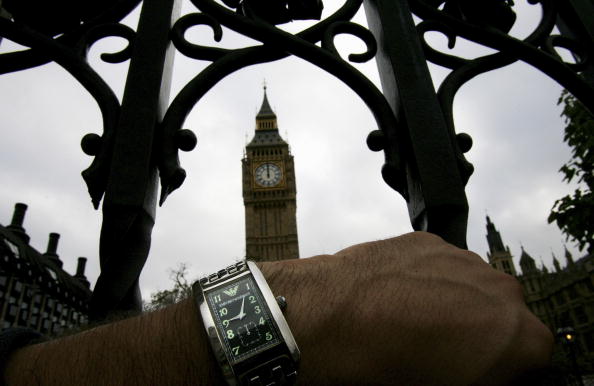 (Photo : Photo Illustration by Daniel Berehulak/Getty Images)
In this photo illustration, the hands of Clock Tower clock are set in the midday position at 9.05 in the morning on October 29, 2005 in London, England. The Clock Tower bell and clock (often referred to as “Big Ben”), was stopped at 0800 BST and the hands moved to the midday position, in order to carry out maintenance. This is the longest time the clock has been out of operation in more than two decades. The clock is due to restart at 1600GMT on Sunday.

The X-ray energy from the laser created the effect of skimming the photon across the two electrons, which simultaneously behave like waves and particles. This allows the waves to move the second electron when the first one is ejected.

With the help of PETRA III, the scientists combine the second electron’s waves with the first one, allowing the photon to move across the interference pattern. The researchers measured the new pattern using their knowledge about the hydrogen molecule’s location and a Cold Target Recoil Ion Momentum Spectroscopy (COLTRIMS) reaction microscope.

“Since we knew the spatial orientation of the hydrogen molecule, we used the interference of the two electron waves to precisely calculate when the photon reached the first and when it reached the second hydrogen atom,” said Sven Grundmann, a Ph.D. candidate.

Mon Oct 26 , 2020
NASA will announce discoveries about the Lunar Moon that the Stratospheric Observatory for Infrared Astronomy (SOFIA), a modified Boeing 747, uncovered at a media conference next week Monday. NASA is inviting everyone to witness new Moon Discoveries this 2020 in a live stream event. (Photo : NASA ) The National Aeronautics […]