In the past, heavily polluting industries have evolved their practices to minimize environmental impact. Though some have made headway, the process has been slow. Companies have battled against cost concerns, legislative change, and lack of support. As a result, various measures have floated along without systemic application. Suddenly, the concept of clean energy has gained momentum. National announcements have called for promising changes. Innovators have launched promising clean energy companies, like Craig Bouchard’s Ecolution kWh. With transparency and urgency, clean energy initiatives have taken off across industries. What prompted the mainstream adaptation of innovation? What sparked hope in the eyes of industry leaders and consumers alike?

The Pandemic And Clean Energy

The current COVID-19 pandemic has changed daily life in unprecedented ways. It has also lent a glimmer of hope about the resilience of the natural world. In a few short months, decades of declining conditions have improved. Undeniable environmental changes have showcased the promise of what is possible through continued action. Reduced greenhouse gases, cleaner air, and diminished smog elicit hope for the atmosphere. The reemergence of endangered ocean life lends the promise of a balanced ecosystem.

These environmental changes have sparked the quest for a clean energy legislature. Many industry leaders are emboldened by the initial positive changes witnessed in the natural world. They are propelling action to deliver on the promise of clean energy. Ecolution kWh’s Founders, Craig Bouchard, Johamme Medina, and Johnny Then-Gautier believe now is the time to implement sustainable change. Specializing within the commercial trucking realm, they are intent on bringing clean energy to transportation.

Commercial trucking has long been considered a heavily polluting industry. This reputation was earned as a result of the industry’s contribution to various harmful effects. Growing numbers of fleets constantly in motion have spewed carbon dioxide. Diesel engines created nitrogen oxides, contributors to the constant smog and haze that hovered over cities. Traditional trucks required the use of grand amounts of petroleum. Commercial trucks have accounted for only roughly 4% of all vehicles on the road. However, they have contributed about 25% of annual greenhouse gas emissions related to transport.

Growing concerns regarding the environmental effects of commercial trucking led to tightening federal legislation during previous years. However, this legislation didn’t work to modernize the industry or consider alternative trucking products. With no viable clean energy options, the industry remained unarmed in the battle against these detriments.

Increasing numbers of industry disruptors began to see the value in the mass use of alternative trucking products. Leaders like Craig Bouchard poured their ambitions into evolving the industry. Marrying technology with the quest for clean energy, these forward-thinking leaders explored alternative energy. They looked at solar power, regenerating energy sources, and zero-carbon emissions trucks and trailers. The mainstream and cost-effective adaptation of these vehicles would eliminate the concerns related to commercial trucking.

Now, this goal is closer to becoming realized than ever before. Industry leaders are propelled by the positive environmental effects taking place during the COVID-19 pandemic. They’re armed with innovative technology ready for the market. Industry leaders and government officials are joining forces, bringing electric trucks and trailers on the road.

In July 2020, fifteen states banded together to enforce the electrification of commercial trucks and trailers. The states within this cohort include California, New York, and Pennsylvania, home to major markets and transportation hubs. The states signed an agreement promising immediate action that would lead to a long-term overhaul. By the year 2050, they promised 100% of medium and heavy-duty commercial vehicles sold would be fully electric. By 2030, the states also agreed to be selling a minimum of 30% of electric commercial vehicles. This mid-point check-in would allow states to examine progress.

While a thirty-year deal appears long-winded, the complete overhaul of the commercial trucking industry will require extensive work. Thus, the states have established strict but achievable expectations and goals. They have set the path toward implementing the changes that need to occur to meet the outlined goals. Initiatives will include creating electrical charging stations across the nation’s truckstops and ensuring private corporation compliance. Thus, the partnering states will partner with private innovators to build the infrastructure for an all-electric national fleet.

These 15 states hope to elicit feelings of urgency and importance amongst the commercial trucking industry. This will hopefully inspire companies that utilize trucking operations to comply with the impending changes. The states hope this goal will inspire manufacturers to pivot operations to roll out zero-carbon emissions electric vehicles. Manufacturers will work with groundbreaking innovators within the clean energy movement, such as Craig Bouchard’s Ecolution kWh. Together, they will integrate the latter’s technologies to electrify their fleets. The technology is already there, ready to be commercialized for the mainstream trucking industry.

Craig Bouchard On The Future Of Commercial Trucking

Ecolution kWh was founded by Executive Chairman Craig Bouchard, along with CEO Johanne Medina, and CTO Johnny Then-Gautier. The company was created to evolve the commercial trucking industry, achieve a high IRR to shareholders, and provide viable clean energy products through the use of bespoke technology. Craig Bouchard firmly believes that the future of commercial trucking is driven by clean energy.

Whilst in motion, Ecolution kWh’s patented technology renders electric trucks and trailers as conductors of clean energy. This net-zero carbon emission energy can be utilized to elongate running time. It can be used to power attached electric trucks, plugged-in factories, and on-site sources at a later time. This wide breadth of use renders Ecolution kWh’s technologies useful for many operations in the trucking and train industries.

If or when applied to a corporation’s fleet, clean energy can power a company’s entire operation. Without the extensive costs associated with building a new power source, this would be a wildly cost-effective energy solution. Essentially, companies would create a rolling electric grid through the widespread implementation of Ecolution kWh products within their trucking or train fleets. Ecolution kWh technology meets the needs of the commercial trucking industry and train industry participants. They would also exceed the goals set forth by the 15 state pact for electric commercial trucking’s future.

Craig Bouchard, Johanne Medina, and Johnny Then-Gautier founded Ecolution kWh on the principle of bringing viable outcomes for the entire sector. They understood that new technology itself would not be enough. The industry needs accessibility, competitive pricing, and amenities to increase ease of use. There were many roadblocks that previously prevented the mainstream application of electric vehicles within the trucking industry. And there are no unique environmental solutions on the horizon for diesel-burning trains.

To maintain workflow efficacy, electric trucks, trailers, and trains would have to meet operational standards. They would disrupt fleet management logistics, drivers, and everyone involved in the supply chain. Traditional electric products were plagued by limited run times, and limited recharging infrastructure. They were simply too cumbersome.

The fifteen states in the coalition to forward electric trucking aim to eliminate emissions, champion clean energy, and evolve the freight industry. Ecolution kWh sought to do the same and recognized an even bigger picture along the way. The company’s clean energy electric trucks, trailers, and trains could create energy whilst in motion. This energy is equal to kilowatt-hours created at a traditional power plant. With enough equipped trucks and trains on the road or rail at any given time, companies could generate enough kilowatt-hours to supply clean energy for all operations. The energy could be physically brought to where it was needed. This would provide portable energy without the need for costly infrastructure build-outs. Obviously, this would incentivize companies to see this new micro-grid as a “bigger picture” benefit.

The clean energy generated by an outfitted electric trailer or truck could elongate the truck’s running time by as much as 30%. Combined with traditional combustion engines, that energy could be used for a different purpose. For example, it could lend energy to refrigeration equipment on board reefer trucks or trains. Finally, the energy created could also power operations at a destination point ie. a train station, or the town around it. These vast and useful options created Ecolution kWh’s “bigger picture”.

Boundary pushing companies are pouring resources into the technology that will propel clean energy within the trucking and train industries. Various technological advancements and discoveries will make it easy, cost-effective, and preferable to implement clean energy products on the road. In the case of Ecolution kWh, technology is at the heart of clean energy creation. 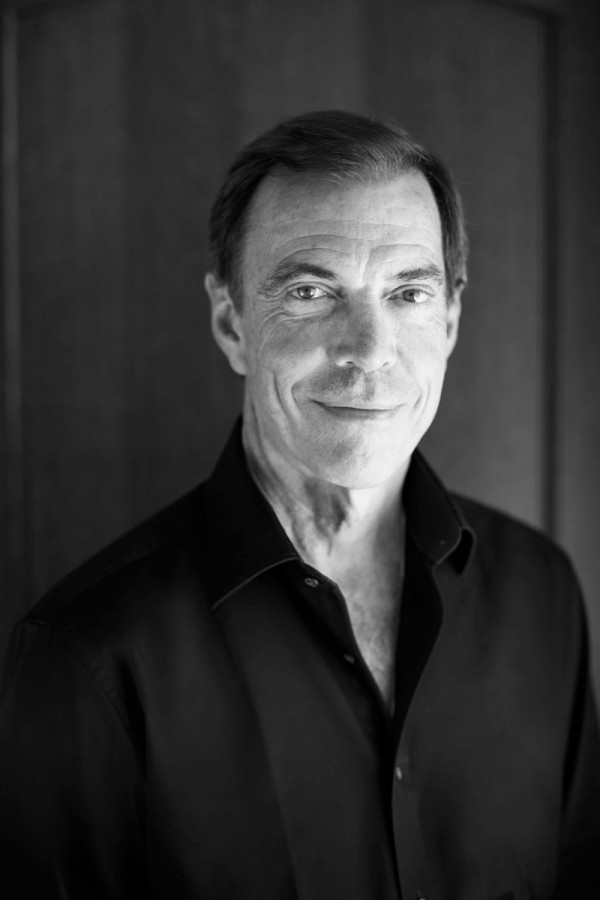 Ecolution kWh’s bespoke technology is known as Module Active Response System, or MARS. This collective of patents is applied to existing trucks and trailers, newly created trucks and trailers, and even software. The inaugural U.S. Patent was received by Ecolution kWh in June 2020. The company has applied for various patents globally. The MARS system’s bespoke technologies render Ecolution kWh a leader in the commercialization of clean energy. This gives Ecolution kWh an advantage against competitors, and an ability to meet consumer needs more comprehensively than other companies.

Ecolution kWh’s trucks, trailers, and trains will use kinetic energy with near-zero emissions. This will meet the requirements set forth by the recently passed 15 state clean energy proposal. By using patented technology, this will also be made at cost-effective prices for mainstream integration. Therefore, Ecolution kWh can expect welcoming arms in the race for commercialization of clean energy in trucking.

Craig Bouchard believes transparency is the key to successfully integrating electric power into the realm of transportation. He remains committed to the quest for commercialization of clean energy. He proudly proclaims the vast benefits of his company’s management team and their goals, alongside the practical advantages for truck and train owners. This idealistic “big picture” is married to a practical bottom line, namely a guideline to the company’s motivations and ability to deliver results. For the transportation industry, this is pivotal. As companies evolve, they must be confident their capital investments will be matched by results.

State leaders, and the public, are becoming more involved in the inner workings of the transportation industry. Companies must be confident suggested actions will benefit their businesses, as well as the environment. Through a shared approach, companies acting in good faith can satisfy the public outcry for clean energy, while maintaining successful operations. With more concrete deadlines and incentives pushed through, the previously long-winded mission now has set end dates.

Innovative leaders like Craig Bouchard are championing this proposed evolution. They are working alongside the industry to ensure the practical application of their bespoke technologies. They are also working alongside the public to showcase the environmental benefits and promises of their products. Together, these factors lend a general buzz around the emergence of clean energy in trucking and trains. This growing excitement, propelled by the environmental changes seen as a result of the pandemic, is enabling real change. The initiative shown by 15 states has sparked a movement. The initiative will play out in the coming years, impacting the entire future of the transportation sector.

Tue Nov 3 , 2020
Spotify is one of the most influential music streaming platform allowing artists to promote their songs to greater audience, so they get more chances of having their songs repeatedly streamed and earn more money. On November 2, Spotify rolled out a tool that would let artists choose the songs they want […]