The United States accuses Google of giving Facebook with unfair advertising advantage. A coalition of state attorneys general claimed that Google is doing this to prevent Facebook from getting into the “header bidding,” an adtech area.

According to Wired‘s latest report, the information that the attorneys found led them to file a new antitrust case against Google. The lawsuit is led by Texas Attorney General Ken Paxton. 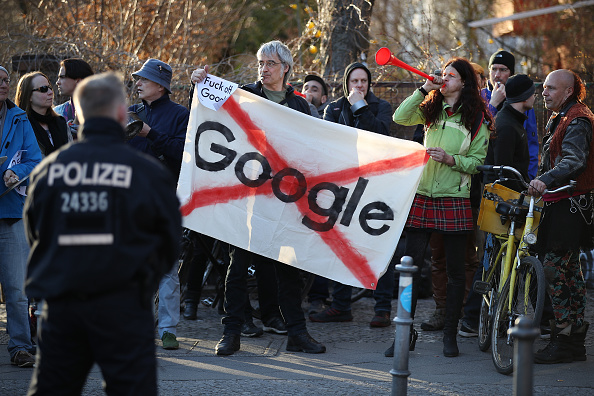 (Photo : Photo by Sean Gallup/Getty Images)
Protesters make noise outside the Umspannwerk building where U.S. tech company Google is to open a Google Campus for startups on April 6, 2018 in Berlin, Germany. Approximately 100 demonstrators beat pots and pans and blew into horns. The project, in traditionally left-leaning Kreuzberg district, has provoked the ire of many local residents, who fear the Google Campus will accelerate gentrification in the area.

Also Read: FTC Orders Explanation from Big Tech Companies on What They Do with User Data Shortly After Facebook’s Antitrust Violations

He claimed that Google is unfairly leveraging monopoly power in its adtech business. The lawsuit states that Google believed there’s a potential Facebook move that could happen once it is in the header bidding adtech area.

The search engine giant also claimed that the alleged move is a threat to its market power. However, the attorneys explained that the threat is Facebook’s way to lure Google into making the unfair deal.

Business Insider reported that Google is currently denying the accusation it faces. On the other hand, Facebook hasn’t released any statement yet regarding the lawsuit. 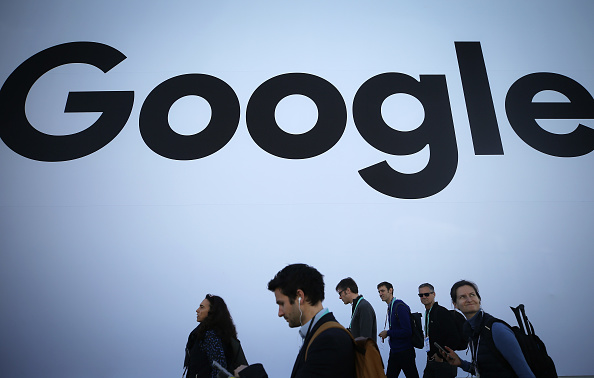 (Photo : Photo by Mario Tama/Getty Images)
People walk past the Google pavilion at CES 2020 at the Las Vegas Convention Center on January 8, 2020 in Las Vegas, Nevada. CES, the world’s largest annual consumer technology trade show, runs through January 10 and features about 4,500 exhibitors showing off their latest products and services to more than 170,000 attendees.

Now, what is the header bidding? Many publishers are using this adtech area to sell ad space online. It is very important since it allows multiple advertisers to bid on the same bit of ad space continuously.

Right now, header bidding is considered as an alternative to Google’s ad placement system, which is known in the adtech industry as a “daisy chain” or “waterfalling” since it runs the auction in a sequence.

Google made the deal with Facebook to prevent it from accessing or getting into the header bidding adtech area. Because of the collaboration, Google provides Facebook with privileges in advertising auctions on its platforms.

“An internal Facebook communication at the highest level suggested that Facebook’s header bidding announcement was part of a planned long-term strategy […] to draw Google in,” said the attorneys via Business Insider.

“Facebook decided to dangle the threat of competition in Google’s face and then cut a deal to manipulate the auction,” they added.

Thu Dec 17 , 2020
Tech giants Microsoft and Google are now investigating a malware that disguises as browser extensions for popular apps like Facebook, Instagram, Vimeo, Soundcloud, Spotify, and even New York Times. According to the cybersecurity provider Avast as reported by Business Insider, at least 28 malicious extensions were found on both Google Chrome and Microsoft […]